Peace of My Heart

An encouraging voice to drown out the noise 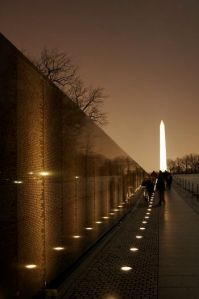 Memorial day is a time to honor the service men & women of our country.  I hate to admit it, but as a teenager, it was just another holiday that got me out of school.  Now I understand just what it cost in order for us to have the freedom that we oftentimes take for granted.

I think of countries where there is no freedom of religion and I’m thankful for those who gave their lives that we might have ours.  We aren’t told what we can believe in this great nation.  We have the right to choose our faith and live it out openly with no reprimand.

What about the freedom of speech & press?  Had it not been for the brave men & women who stood up for what was right, I would not be able to sit at my tiny, makeshift desk in the corner of my dining room and write about the God I love then share it with the world without fearing for my life.

These freedoms may not have cost you or I anything, yet we are reaping the reward.  Thank the veterans that you know for the high price they paid knowing that one day someone else was going to receive the benefit.  Those who died on the battlefield, willingly gave their lives knowing there would be no personal gain.  Selfless.  In a word, that is how I would describe every member of our armed forces in the United States of America.

I would like to share with you a bit of a young man’s story who I first heard of yesterday during our Memorial Day video at church in Ronald Reagan’s inaugural address in 1981:

“Each one of those markers (At Arlington National Cemetery) is a monument to the kinds of hero I spoke of earlier. Their lives ended in places called Belleau Wood, The Argonne, Omaha Beach, Salerno and halfway around the world on Guadalcanal, Tarawa, Pork Chop Hill, the Chosin Reservoir, and in a hundred rice paddies and jungles of a place called Vietnam.

Under one such marker lies a young man—Martin Treptow—who left his job in a small town barber shop in 1917 to go to France with the famed Rainbow Division. There, on the western front, he was killed trying to carry a message between battalions under heavy artillery fire.

We are told that on his body was found a diary. On the flyleaf under the heading, “My Pledge,” he had written these words: “America must win this war. Therefore, I will work, I will save, I will sacrifice, I will endure, I will fight cheerfully and do my utmost, as if the issue of the whole struggle depended on me alone.”

The crisis we are facing today does not require of us the kind of sacrifice that Martin Treptow and so many thousands of others were called upon to make. It does require, however, our best effort, and our willingness to believe in ourselves and to believe in our capacity to perform great deeds; to believe that together, with God’s help, we can and will resolve the problems which now confront us.

And, after all, why shouldn’t we believe that? We are Americans. God bless you, and thank you.”

“Greater love has no one than this: to lay down one’s life for one’s friends.”

Thank you to all the men and women who are currrently protecting me by choosing to sacrifice each and every day.  Thank you to the veterans who lead the way and left us a shining example on what it means to serve others needs above your own.  To those who laid down their lives on the battlefield, who we cannot thank, we honor you in the lives that we now live because of you.  You are loved.  You are needed.  You are appreciated.  God bless you today, tomorrow and forever.  Amen